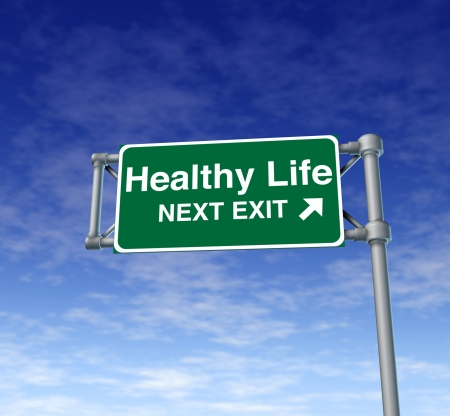 You're applying to Harvard Business School. We can see your resume， school transcripts， extra-curricular activities， awards， post-MBA career goals， test scores and what your recommenders have to say about you. What else would you like us to know as we consider your candidacy? (No word limit)

I am who I am today mostly because of my brother [name]. [name] was born when I was four years old， and he had an extremely rare birth defect called Robert's Syndrome. At the time， he was one of a handful in the world to have it. He was born without arms， couldn't walk or talk， and had many other severe physical and mental defects. It was a complete shock to my parents. He was only expected to live for a day or two， but after a few weeks in the hospital he was healthy enough to come home with us. I was too young to really understand what was going on; I was just excited to have a brother.

[name] was a full-time job for us. For his entire life he was incapable of doing anything for himself. My parents and I didn't have much， but we did have an amazing family and group of friends to support us. We couldn't have taken care of [name] without all of them， and seeing this level of sacrifice from so many people had a huge impact on me. No one ever complained. No one ever hesitated. We just did what we had to， and I saw first-hand at a young age how important it is to work together and help those around you. And our family (extended included)， became so much closer because of how we came together for [name]， and that closeness still holds today.

[name] ended up living for about four years， and I'm so grateful for the lessons I learned from him. My generosity， kindness， team work， and independence， come directly from him being in my life. And learning to deal with that level of stress and responsibility made me a much， much stronger person than I would have been without.

So my family and I have carried [name]'s memory with us since he passed in the form of giving to others. About ten years ago， we started a charity called [institution]， whose purpose is to supply beds and bedding to children in our area who are without. The thought was that [name] spent most of his life in bed， and if we hadn't had a decent one for him his life would have been so uncomfortable. As of this year， we have supplied almost [number] kids with mattresses， blankets， and stuffed animals， and each year we are able to help more and more children.

This mentality of service has been a big part of my life since we started [institution]， and as I got older I wanted to start branching out to new service opportunities. And let me tell you， [city] has been a great place to start. This city has made a serious impression on me. Anyone who's from here either loves it or hates it， but either way， [city] is the kind of place that defines a person. [city] is the underdog， full of unrealized potential. Living in a place like this has opened my eyes to the heartache of missed opportunities (not even mentioning our sports teams…)， and it's because of this that I've become so involved in the community. I've been able to work with so many very smart， driven people， and together we've done a lot to make a positive impact. My work with the [institution] has allowed me to help raise over [number] for small， local NFPs， and my work with the [institution] has complemented that with a more hands-on， service based focus. And being a Big Brother through [institution] has allowed me to make a lasting， consistent impact in a more focused way.

All of these， together with working for a commercial bank， have given me a very satisfying life balance. I'm able to do so many things， and able to make a tangible impact in each of them. But sometimes I do so much that I don't take the time to stop and look around – to process what's happening. This was missing in my life. I know that the path I'd been taking was the right one for me， I'd just never truly felt ready to move on to the next phase.

This changed this past summer when I did my first [event]. If you're not familiar with this， it's a [number] mile swim followed by a [number] mile bike and then a [number] mile run. Still seems nuts to me. I'd never done a triathlon of any kind before I signed up for this， but was so overwhelmed by watching my friend compete in the same one the year before. I'll never forget the moment： I was watching a quadriplegic go up the final – and largest – hill in his wheelchair， sweating， grunting， and crying. And finishing. I'm pretty sure everyone watching that was crying; it was one of the most moving things I'd ever seen. So I signed up.

Training for this requires a serious amount of time， most of which you're alone with your thoughts (no music allowed during the race， so you train without). Eight hours biking， five running， and two swimming， each week for seven months， is so mentally taxing， and your mind goes to some new places. I started reflecting a lot， and really began to understand the choices I've made and the impact they've had. I thought a lot about where I was in life， why I was there， and what I would have done differently along the way. I thought about what I wanted for my future， not just career-wise， but in order to be happy. And it's not so much that my views changed from this experience， but I feel like I've gained a new level of clarity. I'm much more confident in my life goals， and can pursue them with pride and conviction.

I'm now ready to move on to the next phase of my life， and am very excited to do so.